Want to know how one Vendor has successfully implemented version 2.0 of the Transparency & Consent Framework (TCF)? Then read our Q&A with Thomas Mendrina from Xandr. 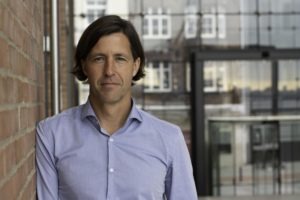 As Senior Director,  Thomas Mendrina is responsible for Xandr’ sell side business in Central Europe. One of his main goals is to strengthen the relationship with all publishers. In his previous position as General Manager International he was in charge of the development of the consent management platform Sourcepoint in Europe. Previously, Mendrina led the Media Publishing business unit at Google in the DACH region and, as Head of Marketplace Development, also accelerated the programmatic growth of the Google Ad Exchange. As Head of Commercial Development at Axel Springer, he developed and was responsible for non-traditional digital marketing activities. He represents Xandr as Chair of the Steering Group for the IAB Europe Transparency and Consent Framework (TCF).

What has been Xandr’s role in the TCF?

Xandr has been involved in the TCF from the beginning in order to create a safe marketplace for buyers, sellers and users that is built on transparency around privacy. We believe that digital advertising needs a trusted and standardized signal that enables market actors to conduct advertising  transactions, that allows flexibility to account for different national legal interpretations and balances different market forces. With a small number of other companies, Xandr was among the first to provide resources to IAB Europe to standardise the TCF technical specification. In our role as chair of the steering committee we launched TCF v1.1 and TCF v2.0 successfully with strong market support.

Why should publishers transition to TCF v2.0 CMPs?

Publishers are responsible for obtaining user  consent when processing personal data, where required under applicable law. The latest version of the TCF provides enhanced disclosure and consent management tools to meet publishers’ consent related  needs. TCF v2.0 is a substantial improvement over TCF v1.1 for publishers, both in flexibility and in the publishers’ control over how and by whom their inventory can be  monetised within a privacy-protecting framework. For example, under TCF v2.0 publishers can designate precisely which vendors are permitted to process personal data and for which purposes. Publishers are critical to the success of TCF v2.0 and this is reflected by their central role in TCF v2.0.

What advice would you give to publishers who are concerned about the required work to make the transition?

For publishers that are already on TCF v1.1 the migration to TCF v2.0 is easy. Most publishers are using one of the IAB-registered CMPs who have done the hard work of supporting TCF vv2.0 so the publisher itself doesn’t have to. But for sure, there is some work to do in order to implement the CMP on the publisher website and also to set up the CMP in a way that’s most useful for the requirements of the publisher. Publishers that have not yet adopted the TCF will need to evaluate an adoption plan, similar to what publishers that have already adopted TCF did months ago.

When did you start planning your TCF 2.0 switch over?

Xandr as a platform has already rolled out support for the TCF v2.0. Xandr contributed to the development of the open source TCF string parsing libraries, the Prebid Server engineering, the Prebid.js development, and the work required to make Prebid SDK support TCF v2.0, so we understand how to integrate with nearly any publisher integration without skipping a beat. Our main focus in the next quarter is to make sure all our upstream publishers and downstream vendors are set up in a way that kick ups in the monetisation are avoided.

Which teams should be involved in the switchover?

Publishers often involve both the monetization team and the data privacy team in the switchover. For monetization it is important that the most important vendors are included in the CMP, so that legal basis can be established for those specific vendors. The yield management team needs to be involved to analyze the influence of missing vendors on monetisation. Similar to the era before TCF v2.0 the data and privacy team needs to make sure that all legal aspects are covered.

How long does the transition process take?

At the launch of the TCF v1.1, we saw transition take as little as one week and as long as several months, depending on complexity of the set up and client speed. For those upgrading from v1.1 to v2.0 it might be much simpler.

What are your top three pieces of advice about switching over to TCF 2.0?

As the TCF touches business, data, legal, tech, marketing etc. make sure to create a cross departmental initiative. Due to its complexity it’s important to have C Level support to get the ressources when they are needed. Finally, create a project plan that is realistic and includes information about code freezes and sprints.