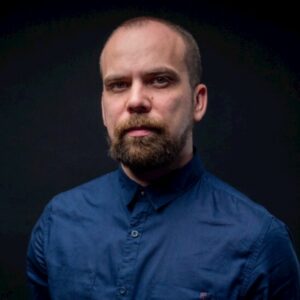 We are on the home stretch for 2021. Black Friday, Singles Day and the Christmas season have all been keeping us busy. However, this time it is different from last year.

While the European e-commerce markets were focusing on a few dates – Singles Day, Black Friday, Cyber Monday – in 2020, this year we see certain growth in different categories such as beauty and home being stretched over a longer period of time, for the entire month of November. It seems, consumers, in times of uncertainty, started chasing sales deals as early as the beginning of the sales period, were willing to spend a bit more on the deals that make sense to them, bought their Xmas presents during the first November week and trusted online media and blogs to drive traffic and clicks.

According to the first estimates by experts such as Adobe Analytics, the volume of online sales in the US on the very day of Black Friday slightly decreased, from $9 billion in 2020 to $8.9 billion this year. This is a logical trend, given that last year, the sales took place during lockdowns in many countries, which means that many buyers were forced to choose goods on the Internet instead of offline purchases.

This year, some users chose to return to their usual shopping process. In addition to that, many brands this year not only launched discounts early before the 26th of November but also promised to extend them after the traditional Black Friday period. This distributes the buying activity over a much longer period.

At the same time, Admitad Affiliate states that the UK increased the number of purchases this Black Friday by 72%, and the orders’ value – by 89%, compared to the regular period. The average online order value during the sales days grew by 10% and reached the mark of $46. More than half of the sales were made on various marketplaces. This year on Black Friday, 23% of online purchases in the country were made via smartphones.

The number of online orders in Germany, being the largest EU e-commerce market, increased by 17% and the order volume by 21% on Black Friday compared to the day before. The Average Order Value (AOV) climbed + 4% to about $ 48; more than half of the turnover came from online marketplaces. The most popular categories were Beauty and Healthcare (28% of all purchases), followed by Credits (13%), Fashion (12,5%), and Travel, namely Hotels (12,5%). It seems Germans remained optimistic about their plans for the upcoming Winter holidays season.

Spaniards were also ahead of the world numbers – the purchases just jumped up to +86% on Black Friday, compared to the day before. Spanish consumers opted for electronic goods making 28% of all purchases, beauty and personal care products (25%), fashion and accessories (20%), and hotels (9%). A slight shift of priorities in this market is clearly taking place.

Several business industries were much more active this year and received more attention during the sale compared to 2020: 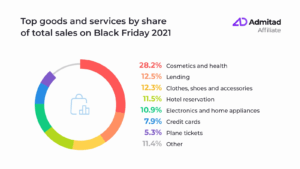 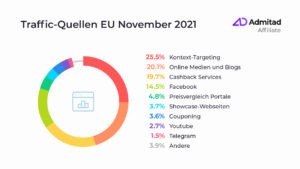 A significant proportion of users (29.7%) decided to buy on the recommendation of online media and internet blogs. Another 26.8% followed the lucrative cashback offers. 14.3% of sales came from contextual advertising, followed by affiliate sites (6.7%) and Facebook (4.7%). At the same time, the income of German advertisers on Black Friday increased by + 48% compared to the day before; the income of British Publishers on Black Friday in total grew by 81%.

Key learnings for the sales period

For Europe, the sale period is very much in the final phase of Christmas sales and New Year’s Eve. The period of increased demand will last until the very end of December as many purchasing decisions will probably be made spontaneously depending on whether the general lockdown rules and regulations apply   – meaning buying gifts or spending New Year’s Eve in a restaurant.

Brands and advertisers should continue using and monitoring a variety of traffic channels during this period and make sure the offer is delivered swiftly. Santa has not been canceled this year.