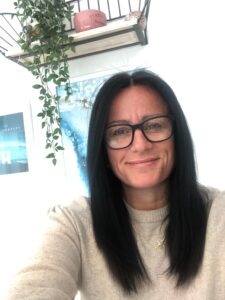 For much of the past two decades, digital ad fraud has been a mysterious and malicious force, costing billions, whilst remaining largely unmeasured, unmanageable, and with little understanding of the challenge to be faced.

Several years ago, the Trustworthy Accountability Group (TAG) began to pull back the curtain on ad fraud through a series of studies in the United States, Europe, and the Asia-Pacific region to evaluate the effectiveness of its TAG Certified Against Fraud Program in reducing the rate of invalid traffic (IVT) and fraud.

Last month, TAG released its third annual benchmark study of ad fraud in Europe, which highlighted several learnings from its work across the continent, as well as a next-step strategy for companies to keep fraud rates transparent, manageable, and low.

The State of Ad Fraud in Europe
The TAG study showed very low rates of fraud across Europe, only when companies used channels in which multiple supply chain participants all adopted the same high anti-fraud standards.

By contrast, the rate of IVT was more than three times higher when companies used a channel in which only a single entity had obtained TAG certification. Put simply, when you triple filter inventory across the digital supply chain, fraud rates are three times lower than just employing your own anti-fraud vendor.

The ability of companies to maintain such a low IVT rate over time is particularly notable given the significant increase in ad fraud attacks during the pandemic, as criminals attempted to profit from the confusion and dislocation of those events.

That increase in criminal activity was blocked by the interlocking protections built into the supply chain when multiple companies required their partners to set the same high standards they had adopted against fraud.

Why Measurement Matters
The study was conducted by The 614 Group study and evaluated IVT rates in TAG Certified Channels by measuring more than 117 billion ad impressions. The data was captured from January-December 2020 from three of the largest advertising agency holding companies across the 5 largest European markets; the United Kingdom, Germany, France, Italy, and the Netherlands.

Commenting on the study, Rob Rasko, CEO of The 614 Group, highlighted the importance of continuous analysis around complicated challenges like fraud. “Accurate and consistent measurement is critical during times of turbulence, when sudden supply chain dislocations are common and dramatic shifts can occur,” said Rasko. “This benchmark measurement has now proven itself over the past three years as the single most important metric for the effectiveness of anti-fraud programs in Europe.” 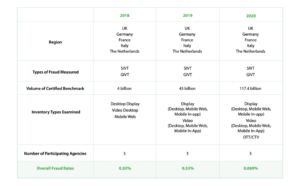 In addition to the quantitative results, the study also conducted a qualitative analysis through interviews with senior executives from the participating ad tech holding companies. Those experts ascribed the significant increase in attacks through mobile channels to changing consumer behaviour and the impact of the pandemic. They affirmed that benchmarks to measure fraud over time are critical to industry analysis of the problem. The experts also noted that many agencies are now requiring their publisher partners to obtain TAG certifications.

Lessons for Other Regions
While the European study didn’t explicitly focus on other regions, TAG has now conducted similar research across four continents, all of which points to the same conclusion: Successfully fighting fraud requires cross-industry collaboration to set consistently high standards across all participants in the supply chain. In regions with less developed digital advertising markets, the baseline rate of IVT and fraud may be higher, but the solution path is the same. In those emerging markets, however, the tools and resources provided to industry participants are critical to helping them understand the importance of this common standard-setting process.