The communication between publishers and vendors via the Transparency & Consent Framework (TCF) is facilitated by TCF registered CMPs. CMPs act as an intermediary between the publisher, end-user and vendors, providing transparency for end-users and communicating their preferences to the relevant parties. 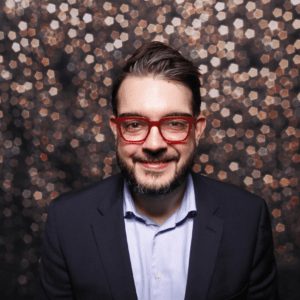 What has been Quantcast’s role in the TCF?

Quantcast has been involved in the creation of the TCF from the very beginning, since before TCF had its name. Later, we were one of the driving forces behind the solution, and one of the first companies to provide engineering and product resources to IAB Europe to help draft the TCF’s original technical specifications. When the TCF was launched, Quantcast was an early adopter and fully integrated as a vendor. Quantcast also began offering one of the first TCF-compliant CMPs, Quantcast Choice, to publishers and advertisers for free. We have continued our leadership in the TCF ever since, including in its first major update to v2.0.

Why should publishers transition to TCF v2.0 CMPs?

TCF v2.0 is a major overhaul, which enables greater transparency and more granular control for everyone involved. It incorporates feedback from key stakeholders in the industry, including updated guidelines provided by various DPAs. If you want to ensure the CMP on your site is updated to the latest guidelines by DPAs and provides you with the most flexibility and controls, then you should start the transition to a TCF v2.0 CMP now.

What advice would you give to publishers who are concerned about the required work to make the transition?

You’re not on your own when upgrading to TCF v2.0. Quantcast Choice is designed to fully integrate with TCF v2.0, including all updates. We’ve worked diligently to test and refine an interface that presents the clearest message to end users, while following the requirements. For more information, you can visit quantcast.com/choice.

When did you start planning your TCF v2.0 switch over?

Quantcast started planning our TCF v2.0 switch over when the final specifications and policies were released in Q3 2019. We are on target to be fully integrated with TCF v2.0 by the time it launches at the end of Q1 2020. Quantcast Choice will support TCF v2.0 for our customers beginning April 1 and following the IAB’s switchover timeline.

Which teams should be involved in the switchover?

Implementing TCF v2.0 is a project that requires a cross-functional group of teams spanning multiple product and engineering teams, as well as an organization’s legal team. We recommend publishers and vendors start cross-functional collaboration early.

How long does the transition process take?

All in all, to complete the initial integration required to update to TCF v2.0 has taken Quantcast about six months. That is not to say that the work is done. Quantcast Choice will continue to evolve with focus on ease of use for our customers in an ever-changing privacy and regulatory landscape.

For publishers and vendors, the process will vary depending on resources, existing integrations with TCF v1.1, and any additional custom integrations. While it has taken us, as the CMP provider, six months, the integration work that needs to be done by a publisher can be as fast as 15 minutes if they have expert knowledge on TCF and plan to use Quantcast’s default set-up. Then the only work they would need to do is to set-up their site and put up a Choice v2.0 tag. Since TCF v2.0 is an overhaul and the signal is not backwards compatible, we recommend estimating time and effort based on your TCF v1.1 implementation process.

What are your top three pieces of advice about switching over to TCF v2.0?