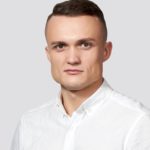 “The first time we invested in LetyShops was in 2016, after the service’s explosive growth in both active users and sales. We see a great potential in the cashback market in the new regions and are certain that LetyShops will fully discover it.” – AB Capital Group founder Alexander Bachmann believes.

AB Capital Group owns a cluster of IT-companies centered around Admitad, a global affiliate network that last year generated over $5B in advertisers’ revenue. For Admitad and its clients LetyShops becomes a stepping stone to assist in the new markets. The ownership gives them more leverage and helps to boost CPA performance for advertisers that are key to the affiliate network’s long-term development. It is a trump card: both an exclusive partner and a nice training area for Admitad to test its tools. The last but not least, the investment will slightly diversify the net revenue of the global affiliate ecosystem by providing them with a bite of the juicy publishers’ reward.

LetyShops has already claimed the throne as one of the top cashback providers in CIS and shows a dynamic growth in Western Europe as well as other regions, so the investment comes as an extra boost to enhance this advancement. In 2020, the LetyShops revenue is expected to grow by another 30% and hit $30 M.

LetyShops’ plan to draw funding does not stop at that. The service is expected to get another round of investment approximately H1 2021. That money will also serve to push forward and consolidate the company’s progress in the multiple digital markets.

“Our strategy is to continue with the fast-paced growth in Spain, Germany, Poland, Latin America & India as well as launch in the new markets. Letyshops generates $10 million in gross merchandise volume monthly for its partners and expects this figure to grow dramatically after raising funding from Admitad. To achieve this goal, we will invest in marketing and development of new products so we can help our advertisers increase sales and acquire new users”, – Letyshops CBDO Sergey Korneyev says.

LetyShops is currently available in 7 languages, hosts a total of 2400 e-shops and 12 million users. According to SimilarWeb, LetyShops.com website has seen 4 million visitors in May 2020. Top five countries by number of impressions were Russia, Ukraine, Spain, Poland and Belarus.

Admitad is an affiliate network that brings publishers and advertisers together on one platform and helps them cooperate.