5 Things We Learnt From The Great Digital Debate Webinar

On 16th June, IAB Europe hosted it’s first Great Digital Debate with Magnite. Looking past COVID-19, Daniel Knapp, Chief Economist at IAB Europe and Tom Kershaw, Chief Technology Officer at Magnite joined us for a great debate that looked at how the digital advertising world will most likely evolve, post-pandemic. It was an eye-opening discussion, in which two of the brightest minds in the industry brought their respective technical and economic expertise to the table.

We’ve pulled five key takeaways from the discussion. For greater context, you can also watch the full debate here. 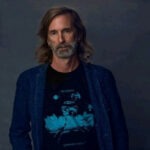 TOM KERSHAW: The last few months have been an accelerant of consumer behaviour and of programmatic.

Tom proposed this idea at the start of the debate, attributing the accelerated migration to data-driven models to more eyeballs on CTV and OTT.

Daniel agreed, highlighting that it is important to step back from COVID-19 to look at the trend more holistically. “Advertising overall is driven by cyclical and structural factors. There is the hope that the structural changes in consumption will accelerate the move towards programmatic. However, if we look at previous recessions, we need to be careful not to overestimate the pace of this cyclical change – consumer change in particular is extremely fickle and doesn’t really change long term that quickly. It’s important to look at all the structural issues that Tom has outlined: that programmatic – and the change that we’re seeing – is embedded in much broader changes about how advertisers think about media and think of media buying.” Tom suggested this accelerated behaviour was “also exposing holes and fissures that have needed to be fixed for a long time – and top of mind is the identity model.”

TOM KERSHAW: The magnitude of the identity problem is impossible to overstate.

We’re six months into the cookie-apocalypse and nothing’s changed in terms of really transforming this at scale, but it requires buyers to consume information in a different way and it requires us to retool the fundamental data plumbing in our industry to get there. But in an internet where in order to get content you have to give up PII – that’s not the internet we built and that’s not the internet we’re moving towards. We

’re moving towards an internet that is by default anonymous and the user has the power and choice to select what they want and care about.

Daniel also agreed that identity was important, but suggested we might be over obsessing with identity: “OOH, TV have other ways of understanding and trading audiences – there’s more of a reference to geo-location clusters, household reference to television. We – coming from a pure digital world – can actually learn a lot from traditional media: Does user targeting or addressability necessarily always need to be on an individual basis – and if we want to have a programmatic ecosystem that goes across all different media, shouldn’t we take more of these aggregated concepts and then translate them into the digital world?” 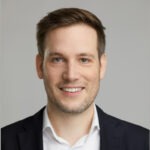 Daniel hypothesised that on top of investments and innovations and data, we need to think about how, as disparate players in the ecosystem, we can create an infrastructure for interpretation; how can that be different from what large platforms are doing with different standards. That could be a really powerful way to go forward and separate oneself from what the walled gardens are doing.

Tom countered that the recurring theme of ‘the walled gardens are coming and we’re all doomed’ hasn’t happened: “We’ve survived as an independent open internet and we’re continuing to survive and thrive and the key to that is going to be federation, co-operation. If you want to have an open internet with independent publishers that are strong, innovating and growing, they have to be able to cooperate to get to the scale of a large walled garden. That is something that we have finally figured out as an industry – to get the scale, coverage, and consistency of operations that are necessary to compete with the walled gardens.

DANIEL KNAPP on collaboration and cooperation: There’s a huge gap between promise and practice.

Daniel stated that “we realise what we’ve got to do, we realise it’s urgent, we realise the clock is ticking, but not much has really happened. The response for stronger collaboration and standards was quite muted – and given the regulatory pressures the industry finds itself under – we as a service provider need to be bolder about collaboration and not see enemies everywhere.“

Tom agreed, but said one can make an argument both ways for progress or lack thereof: “Given where we were a few years ago, the fact that now we’re trying to create a common view of how the industry works is progress. But it’s ludicrous how we have different names for auctions, we don’t have a common identifier for an impression across the industry – so yes we’ve come a long way, but we have a long way to go.”

TOM KERSHAW: Programmatic is becoming the anchor for all types of digital communication.

As highlighted in both of their theses, Tom heralded the shift of technology away from the ad server and static configurations to machine learning and automation; the entire ecosystem is moving to a common model. Programmatic’s integral role in digital advertising’s future seemingly is an inevitability, however Tom was quick to highlight that we’re not there yet and now is not the time for complacency: “You’re not going to be a mature industry that’s the centrepiece of how monetisation occurs if you can’t solve basic problems of transparency, reporting, and how your systems work. If you can’t explain how your systems work – you shouldn’t be here.”

Daniel agreed, but also advocated for a industry-wide shift in perception: “’ve never seen an industry that talks so much about innovation, but is inherently so conservative. We’re not really utilising the potential of digital feedback channels of programmatic but purely seeing it as an infrastructure or a new vessel which we pour the old stuff in. It’s a mistake to just see technology as a pure delivery mechanism – it needs to be much more deeply connected to the creative potentials that are coming. That’s a huge area that the industry doesn’t talk too much about, probably because it’s complex, probably because advertisers aren’t there. But when it comes to where future value is generated in this industry, beyond identity, beyond attribution, I see it primarily there – not thinking about programmatic as an infrastructure, but a different way of doing things from both a creative and a business perspective.”