A ban on targeted advertising would have a host of unintended consequences and hinder Europe’s efforts at creating a digital space fit for the future, finds a new report published today.

As the European Parliament prepares to consider amendments to the draft Digital Services Act, the report, ‘The wider socio-economic and cultural value of targeted advertising in Europe’, finds that a blanket ban (as proposed by some MEPs) would damage Europe’s media, SMEs, culture, and global position.

Authored by Dr. Daniel Knapp, Chief Economist for IAB Europe, the study highlights how advertising is a critical pillar of a free and open internet and that in order for online content and service providers to grow advertising revenue, targeting is essential. Over two thirds of digital advertising revenues in Europe depend on behavioural targeting and advertisers pay on average 2.68 times more for ads targeted this way.

The report also finds that targeted advertising is increasingly important for European publishers as they transition to digital-first business models and that any ban would deepen the digital divide between European citizens who have the financial means to pay for quality news and those that don’t.

Dr. Knapp’s analysis also shows that targeted advertising is particularly important for Europe’s SMEs, many of whom were forced to shift to digital-only marketing strategies by COVID-19 restrictions, and who simply don’t have the budgets to pay for ads geared to general audiences, rather than tailored to those who are most likely to be interested in their products and services. 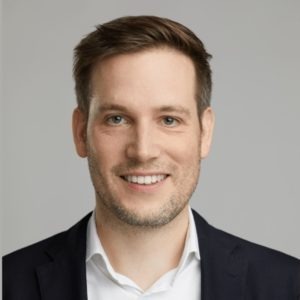 Dr Daniel Knapp is Chief Economist at IAB Europe and a partner at data science firm Ecuiti, where he focusses on forensic analysis of programmatic advertising. He is Senior Fellow at MediaLab, a think-do tank in Brussels, and board member at the Institute for European Media Law. Daniel teaches advanced analytics for marketing at UCD Michael Smurfit School of Business in Dublin. Previously, he spent 11 years at IHS Markit, latterly as Executive Director for Technology, Media and Telecoms.He was an associated expert on  media at AI with the European Commission and co-founded a programmatic advertising agency. Daniel received his PhD from the London School of Economics on the sociology of algorithms and the datafication of media.

Event Recording – The Digital Services Act: What Can We Expect from the Plenary Session?

How Tuned In Are You? Unpacking Audio Through Measurement And Context – Industry Insider with Oracle Recording