This second webinar in a series of two brought together industry experts to explore the measurement and creativity considerations for programmatic native advertising.

Clementina Piazza is Programmatic Director for EMEA at Integral Ad Science. Her focus is to support and develop IAS programmatic offering for the region. Clementina comes to IAS having previously worked on the DSP side, the latest being Amazon Advertising Platform, working both across the UK and EMEA. 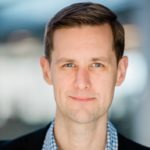 Ben leads Product Strategy for global markets at Oracle Data Cloud. He spent the last decade working with the world’s leading brands and most innovative agencies to ensure their digital marketing reaches the right consumer, at the right time, with the right message. 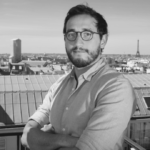 Raouf Joined Outbrain in April 2019 as Director of Global Programmatic Operations, where he is bring many years of experience to build operational excellence for Outbrain’s recent  expansion into Native Programmatic. Prior to joining Outbrain, Raouf spent 5 years at Ligatus, as VP of Operations where he helped manage their expansion across Europe, and before that at Group M France as Head of Advertising Operations. 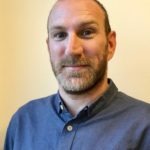 Graeme Lynch is head of demand at SpotX, the leading video advertising platform unifying TV and digital video globally. In his current role, Lynch manages the multinational demand facilitation and demand operation teams responsible for working with SpotX’s demand partners including advertising agencies, brands and demand-side platforms (DSPs) across Europe. He is responsible for advising buyers on approaches to programmatic video, such as private marketplaces and Curated Marketplaces, as well over-the-top (OTT) television and mobile video advertising.

Lynch has more than fifteen years of advertising industry experience gained at companies including OMD, Fox Networks, Utarget.Fox, Specific Media and Adobe Ad Cloud (formerly TubeMogul). Most recently, he worked at addressable TV specialist Sorenson Media where he managed and developed the EU launch strategy, as well as managing relationships with agencies, broadcasters, and third party data providers. He joined SpotX in January in 2019.