To prepare for GDPR, IAB Europe launched the Transparency & Consent Framework (TCF) in April 2018 for the digital advertising ecosystem. One year on, the panel will discuss how GDPR and the TCF have impacted stakeholders, most notably users and publishers. The panel will also look at how European privacy regulation is impacting the rest of the world and what both regulators and stakeholders can learn from GDPR. 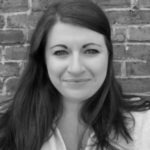 Lindsay Rowntree – Head of Content, ExchangeWire
Lindsay Rowntree is head of content at ExchangeWire, where her responsibilities include curating and developing content around emerging models and technology within programmatic, ad tech and martech. Having joined ExchangeWire in January 2016, she previously held the role of director of search, UK at Starcom MediaVest Group, where she spent six years, providing her with extensive experience in digital advertising, performance marketing, data, technology, client servicing and media planning/buying. 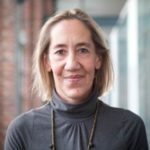 Townsend Feehan – CEO, IAB Europe
Townsend Feehan is CEO of IAB Europe. Prior to joining IAB Europe, Townsend worked for Microsoft Legal & Corporate Affairs in Brussels and ran EU industry associations in the ICT, consumer electronics and biotechnology sectors. She previously represented Microsoft on IAB Europe’s Board. Townsend has an M. Phil. in European policy from the University of Edinburgh. 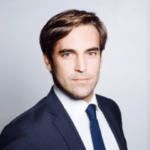 Thomas Adhumeau – Senior Associate General Counsel, Commercial & Privacy, AppNexus a Xandr Company
Thomas moved to London from Paris three years ago to become AppNexus’ first Europe based lawyer and has been supporting the company’s GDPR implementation efforts since then, as well as working with IAB Europe on the Transparency and Consent Framework.

Stevan Randjelovic – Brand Safety Manager, GroupM EMEA
Having previously worked as an agency advocate in Brussels on many challenging issues for the ad industry, such as privacy and consumer protection, Stevan joined GroupM in 2017. He supports the company’s digital operations by looking after all areas of digital risk, and underpinning media quality processes and governance.

XIAB Europe stores and/or accesses information on your device to ensure the content is informative, up-to-date and that the website functions properly. With your consent, we will use those means to collect data on your visits for aggregated statistics to measure content performance and improve our service. You can withdraw consent at any time by clicking on the “Privacy & Cookies Policy” button on top of web pages. More informationNo ThanksConsent to aggregated statisticsCookie settings
Privacy & Cookies Policy