Member Guest Post with Samsung Ads – Behind the Screens: How the Pandemic Has Supercharged Gaming Amongst UK Consumers

In this week’s member-guest blog post, we welcome Alex Hole, VP Samsung Ads Europe, as he shares why the emerging audience of gamers in the UK presents a number of exciting opportunities for advertisers. 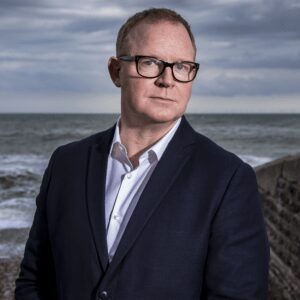 There are few things that can change our habits and behaviours like technology. Legendary American actor and director Orson Welles was asked for his thoughts on the new TV sets taking centre stage in living rooms in the late 1940s. “I hate television. I hate it as much as peanuts. But I can’t stop eating peanuts.”

New advances in technology quickly morph into novel formats for media. Such advances provide fresh channels for culture and communication to proliferate. And new avenues for brands to reach consumers. The TV still takes centre stage in living rooms around the globe. But the role it plays in the lives of consumers is changing – a change accelerated by COVID-19.

The pandemic and the disruption it sparked in our lives and daily habits created a new social context, which has supercharged certain consumer habits. As the physical world shrank, the digital world expanded. The Economist described gaming as “the single biggest new media habit to be formed during the pandemic”, and suggested these habits would be “sticky” and not decline following the lifting of restrictions.

Our latest report, ‘Behind the Screens: Gaming on Samsung TVs in 2021’, reveals the extent of these blossoming consumer habits, with time spent gaming on UK Samsung TVs increasing 15% since January 2020 to the period ending June 2021.

Our data also found a 28% increase in the number of Samsung TVs with active monthly gaming activity in the UK between January and June 2021, equating to 58.81 million hours spent a month gaming on these devices.

These viewing habits are influenced by the console or device these audiences are using. Whilst the majority of gaming hours are spent by users on older generation consoles, UK Samsung TV users that are connected to a new console, like the Playstation 5 and Xbox Series X, spend more time gaming.

These ‘next-gen’ gamers – those with new consoles – spent an average of 3 hours and 24 minutes gaming each day between January and June 2021. This is compared to those gamers with the previous generation consoles spending 2 hours 28 minutes on average each day gaming, and those with old consoles spending 51 minutes on average each day gaming during the same period. As access to these premium consoles proliferates – and as more exclusive games become available on them – we can expect these figures to rise further.

Different markets tell different stories about the rise of gaming. UK gamers spent significantly more time gaming on Samsung TVs compared to their  European counterparts in Italy, France, Germany, and Spain, with an average daily gaming time of 1 hour and 24 minutes. Samsung Ads saw the biggest spike in activity for UK gamers in April 2020 during the first national lockdown reaching 2 hours 30 minutes on average per day, and again in January 2021 with 2 hours 9 minutes per day on average.

This Samsung TV data shows that, to quote Orson Welles, people can’t stop eating peanuts. Developments in technology, supercharged by rapid shifts in our social context, have accelerated the role of gaming in the lives of UK consumers. As this medium continues to evolve, so does the opportunity for brands to establish new and exciting routes to this blossoming audience.