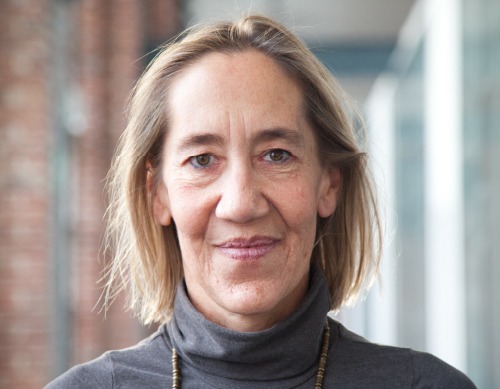 The Digital Services Act (DSA) has been promised as a landmark legislative package for the EU. While embarking on a challenge of updating rules governing technology companies in the internet era, we must not lose sight of the fact that data-driven businesses are already subject to the world-class standards of the EU’s General Data Protection Regulation (GDPR). Introduction of any superfluous rules will only lead to confusion and create legal uncertainty. For some sectors, such as digital advertising, it might well mean nothing else than falling into decay, eventually putting the EU media at the risk of perishing.

The European Parliament has set out its position on aspects of the DSA through a number of recently published reports. Among many other issues, they examine online advertising and personalisation, something that we at IAB Europe are looking at with particular interest. Unfortunately, the approach to targeted advertising in JURI and IMCO reports comes across as short sighted, ill-considered and in some places, uninformed. Targeted advertising is portrayed as a practice that takes advantage of blindsided users and offers them little in return. This is a reactive opinion that fails to take account of the wider applications of targeted advertising, and even more importantly, of the existing EU privacy and data protection framework that is binding on any data-driven business, which in fact is all digital advertising these days.

Tackling ‘GAFAMs’, used to describe the Big Tech, is always a palatable political ambition and digital advertising is overwhelmingly understood as a core business of theirs. For many, it is tempting to think that banning targeted advertising will hit them where it hurts and leave others relatively unscathed, but such reasoning is misguided since any bid to outlaw personalised ads will disproportionately impact the revenue of smaller players on the market.

The stability of the European media in peril

Digital advertising significantly benefits the vast majority of news publishers across the EU who, at this very moment are struggling more than ever due to the substantial drops in advertising revenues of their print editions.

The media and publishing sector had already been facing a massive challenge in maintaining revenues due to losses in advertising and declining readership. According to a report commissioned by French publishers, the sector is losing somewhere in the range of €250 million to €320 million per year due to the migration of advertising revenue away from traditional published outlets in France alone. In this context, we must not forget that advertising accounts for over 81% of European newspapers and magazines digital revenues, and over 90% of the digitally native publishers.

With the Covid-19 crisis, even more pressure has been placed on publishers as they face a fundamentally altered business environment. The media will be adversely impacted by the downturn where ad investment is expected to at least fall by €45 billion worldwide, and surely no party in the ecosystem can consider themselves shielded. This is not merely an unsustainable situation. It is an existential crisis that could lead to the destruction of vast sections of the publishing sector. Publishers’ revenues are fragile and cannot withstand any further shocks to the system. As the current crisis has shown, it is a sector that is needed now more than ever as citizens look for information from trusted sources.

If the most efficient – hence valuable – form of digital advertising were to be prohibited, publishers and content creators would have to increase the number of less relevant ads served to each consumer to achieve the same revenue. Regardless, the restrictions would lead to fewer available services, less unpaid quality content and services, and more paywalls. Polarisation would be rampant in our democratic society if information were only available to those who are affluent enough to pay for access to it, with inevitable decrease of the media pluralism making European citizens more dependent on state-controlled media.

More broadly, digital advertising benefits European SMEs – be it companies that advertise their products or the (hundreds of) thousands of app developers or European online platforms. These segments of the economy will also be critical for Europe’s post-Covid-19 recovery and access to as many digital tools as possible will be key to their success.

Instead of rewriting the recently adopted rules pertaining to data-driven businesses, we urge EU policymakers and regulators to work in tandem with the industry, taking stock of the existing industry legal compliance standards, such as IAB Europe’s Transparency & Consent Framework (TCF). These tools can be used as enablers of effective enforcement. The TCF – the de facto standard for GDPR compliance – enables and empowers users to choose how and by whom their personal data is allowed to be used to provide relevant advertising and content. Where consumers have meaningful choices that are respected, individual users may continue to decide for themselves which online services they pay for with money and which they pay for with attention, knowing that in either case, their rights and interests are fully protected. We know that European online users are happy for their data to be used for targeted advertising in order to get access to free content supported by advertising, and 83% would prefer free sites with ads to paying for ad-free content.

The applicability of EU privacy and data protection rules to data-driven businesses, together with the existence of solid cross-industry compliance standards such as the TCF make the adoption of new rules with similar objectives redundant and would place a disproportionate regulatory compliance burden on organizations that are often at the centre of EU-based innovation. Ultimately, any move to change the regulation of targeted advertising will need careful consideration to ensure that the sectors it should help, like publishers and SMEs, will benefit.